Your worst nightmare as logistic provider in Hungary is a situation when your carrier blocks or sells the shipment due to an unpaid invoice. This is even worse if the invoice in question is unfounded but you decide to pay it to prevent further problems as dissatisfied customers, and the like. To avoid this situation, you have to know the 5 most important tips for subcontractor claim handling under Hungarian law, that we gathered in this article. 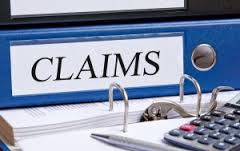 The be-all and end-all of every successful claim management is a detailed invoicing regime in the contract concluded with your carrier, or subcontractor.

When it comes to invoicing, your contract should address at least the following issues:

It goes without saying that the more regulated your invoicing method is, the less likely that you receive a “surprising” invoice that cause any dispute with your carrier.

In addition, we recommend including contract clauses that does not let the invoice become due until it is issued in full conformity with the contract terms and provisions of applicable law.

In domestic road transportation contracts the statutory payment term of carrier’s invoices is 15 days based on governmental decree.

In case of international transportations contract, where the Hungarian law applies in the background, you should avoid payment terms exceeding 60 days, because based on the Civil Code, these terms shall be regarded as unfair contractual conditions.

Hungarian transportation law grants a “right of suspension” for carriers in case of non-payment of a due invoice by the shipper. That practically means that your carrier can stop the whole transportation process if you are in only a day delay with the payment of his due invoice.

Imagine the damage caused in your company goodwill by such a case.

The best way to avoid this situation is to include a suspension clause into the contract that provides that the carrier cannot suspend or otherwise block the transportation procedure in case of his due invoice is unpaid, for at least a certain period (eg. 15 or 30 days).

I bet that the worst nightmare of any logistic provider in Hungary when the carrier sells the shipment by reason of an unpaid invoice.

Limitation on setting off damage claims

It is usual business practice that the damage claims towards the carrier based on delayed or lost shipment are deducted from the invoice of the carrier by the logistic provider. However, this practice does not always stand the test of Hungarian insolvency law.

But why does insolvency law come into the picture? Because initiating liquidation procedure to collect an undisputed unpaid invoice is the mainstream debt collection method in Hungary.

So if you do not pay, or pay only in part your carrier’s invoice based on a damage claim against him, and he does not share your standpoint, he can choose to start a liquidation procedure against you.

Given that in the liquidation procedure you can set off claims which had come into existence before the receipt of the carrier’s invoice, and which became due after the due date (+20 days) of the carrier’s invoice, and based on Civil Code, the damage claim is already due when it comes into existence, it is practically impossible to set off damage claims against the carrier in liquidation procedure.

In this situation, in order to avoid liquidation of your company, you will choose to pay the whole amount of the carrier’s invoice, and if you still want to pursue your damage claim, you have to sue him in a separate court procedure.

You can avoid this awful situation only if your contract contains a special regime for the damage claim management, which make it possible to set off successfully damage claims.

Before starting shipping with Hungarian carriers, you should consult a lawyer experienced in transportation and logistics, and include in your contract those essential clauses that makes your subcontractor’s claim management not only smooth, but defendable in front of courts.