Almost 4 years after the deletion of usufructs on agricultural lands of foreign investors in Hungary, the European Court of Justice ruled that the Hungarian Land Act breaches the free movement of capital. What are the reasons of the judgment? What can do those who suffered damage, but has not yet started litigation? We summarize the judgment and its consequences. 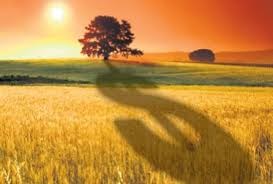 In Hungary the agricultural land acquisition was always restricted for foreigners, but until 2002 they could acquire the right of usufruct on Hungarian agricultural lands indirectly, by setting up a company in Hungary, which allowed them to become “de facto” owner of the land. This loophole was closed in 2002, but those who became right-holders of usufructs earlier could continue to peacefully enjoy their acquired rights.

This situation was radically changed in spring 2014 when the new land act (“Land Act”) entered into force, which provided that rights of usufruct on agricultural lands must be deleted from the real estate register without compensation, save if the owner of the land and the right-holder of usufruct are close relatives (“family tie requirement”).

Roughly 100.000 usufructs were deleted until the end of 2014, and cca 5.000 foreign investors were concerned. Two of the right-holders, SEGRO Ltd. whose shareholders are German investors, and Mr.Horvath, an Austrian citizen, acquired beneficial ownership before 2002, challenged the land office decisions in front of Hungarian courts.

The judges trying the above cases thought that the compliance of the Land Act with EU law can be called into question, therefore they suspended the litigations and started a preliminary ruling procedure in front of the European Court of Justice (ECJ).

The case in Luxembourg

The Hungarian judges asked the ECJ, whether national legislation providing the obligatory deletion of the right of usufruct on agricultural lands without compensation breaches the principle of free movement of capital and the right of establishment within the EU, which are two of the four basic freedoms of the European union.

The Hungarian government first disputed that EU law is applicable in the cases, since Hungary joined the EU in 2004, and based on the accession treaty, it could maintain land restrictions until 2014, while the relevant facts of the underlying cases happened before 2002. The ECJ dismissed this argument, by highlighting that with the above provisions the Land Act introduced new restrictions, and these were adopted after Hungary joined the EU.

As starting point the ECJ highlighted that even the “family tie requirement” seems to be a neutral condition, but the probability that a foreign national can meet this condition is very low, so in practice this restriction operates to the disadvantage of the non-Hungarian usufructuary, and as such breaches the principle of free movement of capital, which must be respected without discrimination.

Then ECJ found that the restrictions of the new Land Act are not justified by the reasons put forward by the Hungarian Government, because the “family tie requirement” cannot eliminate the potential speculative purposes, it does not prevent migration from rural areas and depopulation of the countryside, and it does not contribute to developing viable and competitive agriculture, by preventing land fragmentation.

The ECJ pointed out that by deleting the usufructs of those who did not meet the “family tie requirement” without giving pecuniary compensation, the Hungarian legislation went beyond what is necessary in order to attain the above objectives.

Based on this the ECJ ruled that the Hungarian legislation in issue is not compatible with EU law.

On the basis of the ruling of the ECJ, we presume that in the two underlying cases the Hungarian courts will deliver a judgment in favour of the plaintiffs.

But what about those, who have not yet started litigation because of deleted usufruct in Hungary?

It must be also borne in mind that in Hungary the statutory limitation period of damage claims is 5 years, so given that almost 4 years have passed since the deletions from the real estate register, it is high time to consult with a Hungarian lawyer about the next steps.