Blog » HOW TO CLAIM FLIGHT-DELAY COMPENSATION?

HOW TO CLAIM FLIGHT-DELAY COMPENSATION?

My colleague, Viktória achieved great success in claiming compensation for air travelers whose flight was cancelled or delayed. As a frequent air passenger, it is worth to now your rights in relation with these unpleasant experiences. I am asking Viktória how and under what conditions you can get compensated. 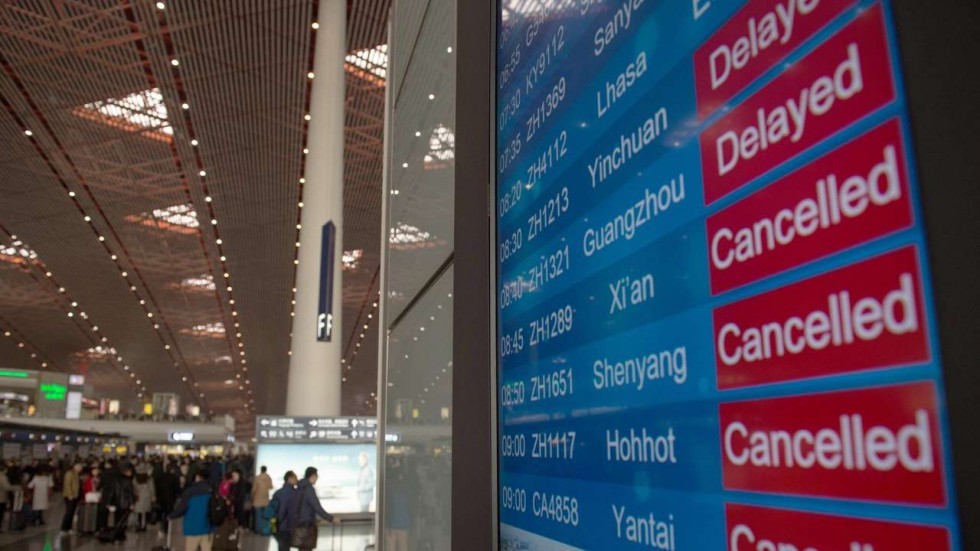 Q (Anita): Viki, last week when we had our morning coffee in the kitchen, you mentioned that you just collected ca. 7000 Euros for air travelers. What happened with them? I mean in what cases can you get remedy from the airline?

A (Viki): There is a regulation (261/2004/EC) that can be applied in the whole European Union directly. This regulation says that the airlines must pay compensation to passengers in specific cases. The most frequent case granting compensation is the cancellation and delay. The delay has to be more than 3 hours to be entitled to compensation. The third case – that happens the least – when the passenger keeps all the rules and appears at the boarding, yet, the airline doesn’t let him to do so. This is the typical case of overbooking.

Q (Anita): Are there cases when the airline can be exempted from the compensation?

A (Viki): The rules are usually more favourable for the passengers, however, there are so called extraordinary circumstances, when the delay or the cancellation is not the airline’s fault. It is almost impossible to define what should be considered as extraordinary circumstances, because it depends on the specific case: for example, while snow falling in Moscow in the middle of January is absolutely normal, the same happening in Dubai is quite extraordinary. The traffic control and the staff cannot be expected to be prepared for such situation.

Q (Anita): Let’s talk about the money. How much can you claim?

It is important that if you have to transfer flights, the distance must be counted until the very last destination. This means if you travel to China from Hungary via France, and you miss your connection because of the delay of the first flight, resulting in 10 hours’ late in China, then you can request 600 EUR compensation.

Q (Anita): How can you get the compensation? Do you have to sue the airline?

A (Viki): It may be the best to contact them first. Most airlines have a separate online surface for the EU compensations. In all cases it should be examined if the passenger’s claim is reasonable. Sadly, the usual process is that the airline tries to get rid of the passenger with the phrase there was an extraordinary circumstance, thus they don’t have to give compensation. They also refer to the regulation’s articles to look more authentic. However, they rarely give further explanation. In most cases if the passengers see such a reasoning, looking very official, very legal, they just don’t fight back and eventually, they give up.

Instead of withdrawal, it is worth to give it a further try, if the passenger doesn’t know about any circumstance (unusually heavy storm, volcanic eruption, terror attack, etc.) that may look like extraordinary. Trying harder is worth because even if the airline says there was an extraordinary circumstance, the airline must prove that there was such a circumstance and it must be considered extraordinary in the current situation. In this phase it is advised to ask for some help from a lawyer.

Q (Anita): Based on your experiences, are airlines cooperative?

A (Viki): I have both positive and negative experience, but the sad fact is that most airlines are very stubborn, and play the tactic of making the passenger get tired of the whole process. Unfortunately, this trick usually works. After 1-2 official letters, the passengers just get tired of chasing their money.

The airlines tend to become cooperative usually after starting a legal process against them. Because this is the first time that the airline’s lawyer checks the case, and admits that they will lose, and it is cheaper to pay as soon as possible.

Q (Anita): Can you tell me the most interesting case in your practice?

A (Viki): Among our own cases the most interesting is usually the excuses that airlines make to justify the delay with „extraordinary circumstances”: for example, fog on a November morning, or one of the passengers becoming sick, etc. Unfortunately, in our newest cases they don’t even make the effort to make up excuses, just declare there was an extraordinary circumstance.

The most interesting case that I’ve ever seen is from the practice of the European Court of Justice: the Henning case, where they were analysing the exact time when the delay ends. In this case, the airplane landed with 2 hours 58 minutes’ delay, parked to its place with 3 hours 3 minutes’ delay, and opened the doors afterwards. The Court made the conclusion that there is a delay until the doors of the plane are closed, because the passengers are “captured” by the airline, that limits their personal liberty, and causes damage to them.

Viki, thank you for sharing with us your thoughts. I hope I will never stuck at the airport but in case I do, I know whom I should turn to.