Blog » 5 MUST-KNOWS ABOUT WORKS COUNCILS IN HUNGARY FOR EMPLOYERS

5 MUST-KNOWS ABOUT WORKS COUNCILS IN HUNGARY FOR EMPLOYERS

Works councils are often considered as meaningless bodies, although they could be a tool of harmonic cooperation at workplaces. Since the Hungarian Labour Code requires electing workers' representative at companies having 15+ employees and a works council in case of 50+ employees, it is worth to know their function, and the benefits & protection afforded to their members, to avoid unpleasant surprises as employer.

1. When is it obligatory? 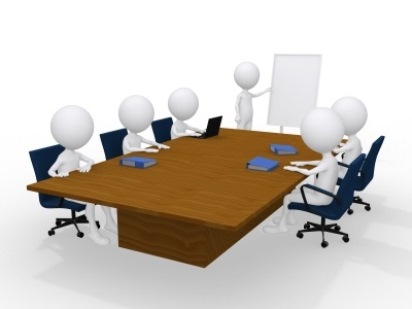 2. What rights does it have?

Right for co-decision: the employer and the works council shall collectively decide concerning the use of welfare funds.

Right for consultation: employers shall consult the works council prior to passing a decision in respect of any plans for actions and adopting regulations affecting a large number of employees.

Right for information: works council is entitled to request information and to initiate negotiations, with the reason indicated, that the employer may not refuse. Moreover, the employer shall notify the works council each half year about the fundamental issues affecting the employer’s economic standing, changes in wages, liquidity related to the payment of wages, the characteristic features of employment, utilization of working time, and the characteristics of working conditions; the number of employees, and the description of the jobs they perform.

With a view to performing their duties, the workers’ representative and the chairman of the works council shall be entitled to a working time reduction of 15 % (fifteen per cent) of his monthly working time. 10 % (ten percent) reduction is afforded to other works council members.

The protection lasts during its mandate and for 6 months after terminating the mandate of the workers’ representative or the chairman of the works council provided that the position was fulfilled for at least 12 months.

5. What is the procedure of electing a works council?

The members of the works council are elected for a 5 years’ period by the employees.

Each employee being in an employment relationship with the employer and working at the given fixed establishment has the right to vote on the election. This includes the followings: employees with limited legal capacity, executive employee, employee receiving child-care allowance and being on an unpaid leave, or being absent for other reasons, etc.

However, employees nominated as works council members shall have legal capacity and shall have been employed by the employer for a period of at least six months, and works at the given fixed establishment. The following may not be elected to serve as members of a works council: persons exercising employers’ rights, relatives of the employer’s executive officers, members of the election committee.

Temporary agency workers and persons working under personal service contracts are not entitled to vote or be elected at all.

Should someone have objection in connection with nominations, the procedure and the outcome of elections, it is provided bring a court action in five days. The appeal procedure is carried out by the labor court as a non-contentious proceeding. The court shall annual the results of the election if it finds any material infringement of the relevant procedural regulations.

We would like to mention that the justified expenses incurred in connection with the election and operation of the works council or the workers’ representative shall be borne by the employer.