A minority shareholder often finds it hard to protect his interest without real decision-making power in the shareholders’ meeting. At the same time Hungarian company law offers a wide range of protective measures that every minority shareholder should know inside and out, in order to effectively safeguard its investment. We summarise these legal tools in this article.

Under Hungarian company law the managing directors have very wide competence. They can make decision in any operational questions not listed expressly in the articles of association as issues belonging to the shareholders’ meeting’s competence.

In order to exercise more control over the management, shareholders’ can make a list of subjects in the articles of 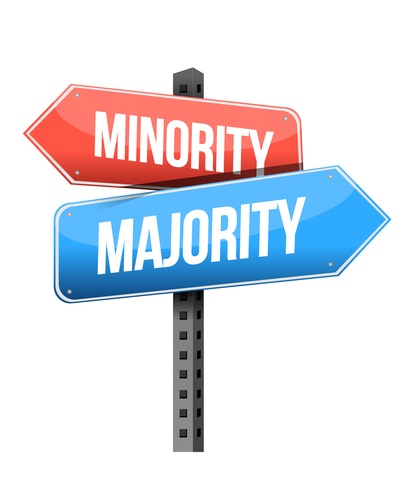 association, in which the managing director shall obtain the shareholder’s meeting approval before decision (e.g. signing a contract above x thousand Euros, etc.).

Even if the infringement of such an internal limitation cannot produce third-party effects (ie. the contract concluded above the budgetary limit will be valid), it can serve as a basis of the managing director’s management liability.

The vast majority of company decisions are made by simple majority in the shareholders’ meeting. The Civil Code sets forth unanimity for only those cases, where the decision would impair the rights of individual shareholders, or would make their situation more burdensome.

Given that the above clause is too vague and scarcely enforceable, if you are in the company formation phase, it is worth to make a list of exact topics in the articles of association, where unanimity is required.

By creating such a unanimity clause, the minority shareholder(s) can become a “blocking minority”, without which the decision cannot be passed.

While the two foregoing technics need the introduction of special clauses in the articles of association, the right to convene the shareholders’ meeting is given to minority shareholders by the law itself.

Making additions to the agenda

The shareholder’s meeting can discuss only those questions that are on the agenda of the meeting, except the case when all shareholders agree otherwise.

It can happen that the CEO or the auditor cause damage to the company and thus the company has claims against these persons. However it might be the case that the majority shareholders do not want to enforce these claims: for various reasons.

When adopting the yearly financial report by the shareholders’ meeting it may happen that the minority shareholders find suspicious business transactions or financial indicators in the report.

In this case those shareholders who have at least 5 % of the votes may propose that the last financial report or any economic event which occurred in connection with the activity of the CEO during the last two years shall be examined by an independent auditor to be engaged specifically for this purpose.