Blog » FREEZING INJUNCTIONS IN HUNGARY 3 – HOW TO GET IT GRANTED?

FREEZING INJUNCTIONS IN HUNGARY 3 – HOW TO GET IT GRANTED?

What is enough basis for a Hungarian judge to issue a freezing injunction? Is the preliminary hearing of the parties obligatory before issuing the court order? What are the costs and time frame of the procedure? 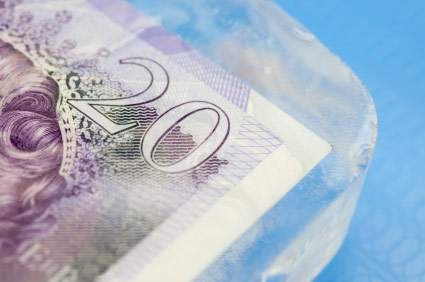 To have the freezing injunction granted by a Hungarian court, you have to demonstrate to the judge that the satisfaction of your claim is in danger. It must be shown that there is a real risk that, without such an injunction, the subsequent enforcement of your claim against the defendant will be impeded or made substantially more difficult.

“Demonstrating” is less than “evidencing”, but you have to convince the judge, that in the absence of a freezing order, the defendant will dissipate its assets, or hide them before enforcement, etc.

A mere reference to the bad financial situation of the defendant, or to other generalities may not be a basis for a freezing order, some concrete evidence must be provided, that shows reasonable doubt wheter the defendant is willing or is able to pay your claim if awarded by the judge.

When it comes to the evaluation of the circumstances, whether the future satisfaction of the claim is in danger or not, it is settled case law, that the court examines only the situation of the defendant, and the risks must be arisen from factors, being in his sphere of interest. Simply put, you cannot seek freezing injunction by saying that in the absence of this you may go bankrupt.

Based on case law of Hungarian courts, freezing orders were granted among others in the following cases:

It can be seen, that Hungarian courts evaluate the criteria of freezing injunction on a case-by-case basis, where the individual circumstances of the given case have decisive importance. That’s why so important to carefully prepare and justify the reasons of your application for freezing injunction.

The judge has to deal with applications for freezing injunctions in a so-called speeded up, expedited proceedings, which differs in many respect from the principle of the “due process”.

At first, the deadline for the judge to decide on the application is only 8 (eight) days instead of the normal 30 (thirty) days deadline of case handling in civil and business litigation in Hungary.

Secondly, given that the freezing injunction is the most efficient if it is a “surprise” to the defendant, the judge does not have to hold any preliminary hearing before issuing the court order. It does not mean that the judge, cannot hold a hearing to clarify details based on his own motion, if he consider it necessary.

Last, but not least, it is not the court, who sends the freezing injunction order to the defendant like usually in business litigation, but the court bailiff visits the defendant and serves him personally the order, and at the same time, he starts the enforcement of the freezing injunction order by blocking the bank accounts and seizing the movable and immovable assets.

Costs of the procedure

You have to pay a court duty when submitting an application for freezing injunction, corresponding to 1% of the claim, (at least HUF 5.000 and at most HUF 350.000).

Above the court duty, there is no further payment obligation, so you do not have to provide cost-security, or any other type of security which is usual in case of similar interim reliefs.

Hungarian courts judge freezing injunctions on a case-by-case basis, for this reason a thorough application, supported with convincing documents is very important if you would like to have the freezing order granted.

Given that great number of the traditional procedural safeguards can be disregarded by the judge when issuing the freezing order, a well-prepared application often has the “surprise effect” that can force the other party not only to comply with the freezing order, but to close the legal dispute with an out-of-court agreement as soon as possible.

For this reason you can use freezing orders both for preventing frustrating the judgment in enforcement and for avoid a long court battle, to reach an early out-of-court settlement.