The D-Day of entering into force of the European General Data Protection Regulation (GDPR), 28th May 2018, is getting closer but the vast majority of Hungarian Small and Medium Sized enterprises is yet unprepared for the changes. For this reason, it was a perfect timing to organize a seminar by the Belgian Business Club in Hungary, where our managing partner Richard Schmidt was invited as a guest-speaker. 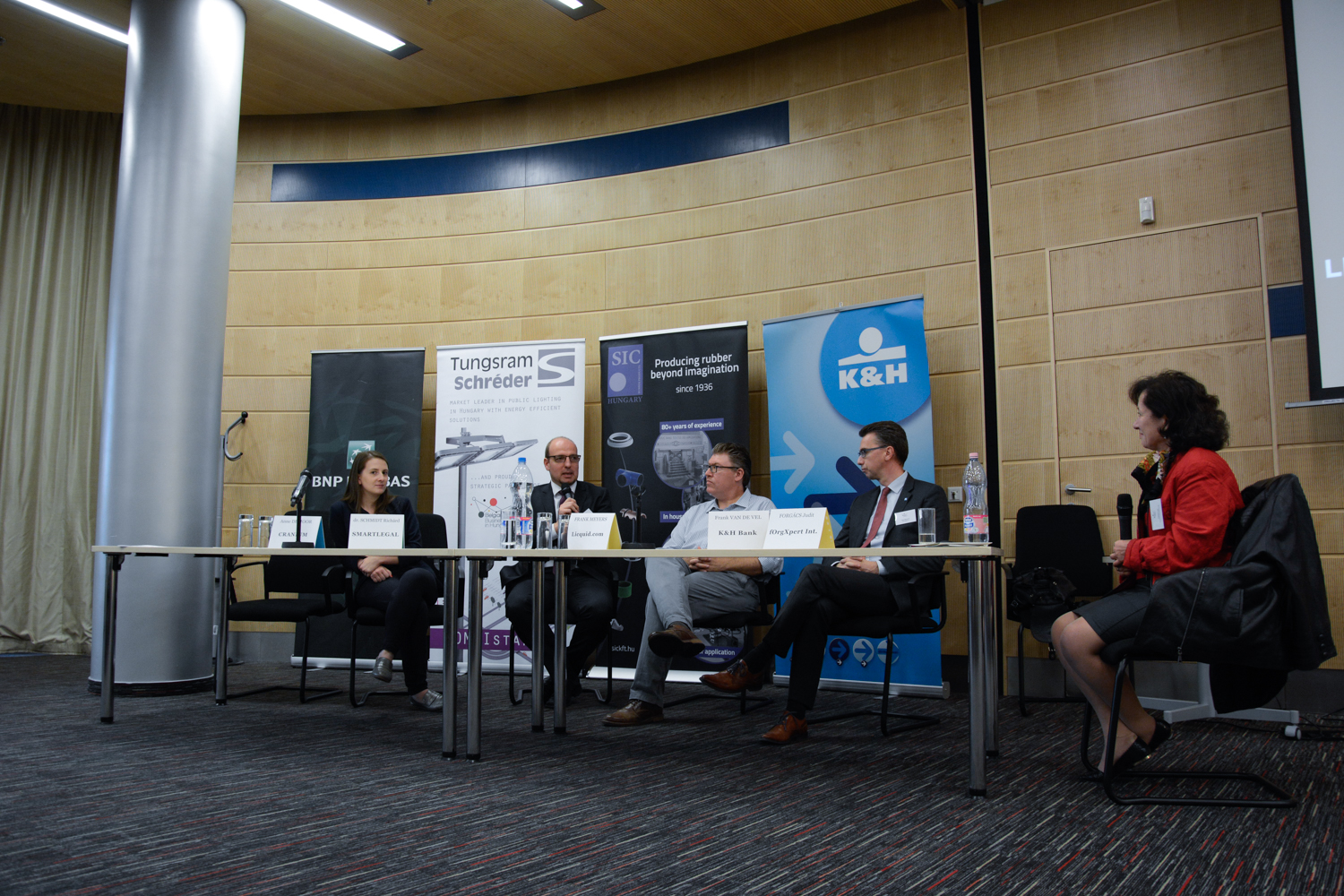 The event was organized on 12th October 2017 under title “Optimizing your business in digital times” and was hosted by K&H Bank. After the opening speech of the President of Belgabiz Ms. Valerie Gys, the seminar continued with 5 presentations by experts specialized in different fields of digitalization.

The speakers of the event represented wide range of professions concerned in the digital business, among others the IT, data security, banking and legal fields.

Kövesdán Gyula (Microsoft) and Frank Meyers (Licquid) made presentations about cloud strategies from IT perspective.

Anne DeMoor (Cranium) spoke about the data security issues under article 32 of the GDPR, while Frank Fan de Vel (K&H Bank) presented the new technologies of retail banking in the near future.

Our law firm was represented by Richard Schmidt, who recalled the main changes of GDPR, the most important data protection challenges for Small and Medium-Sized companies from 2018, and the crucial privacy questions of storing data in clouds and cloud contracts.

Richard also spoke about the risks of being non-compliant with the GDPR, and he summarized the 3 (three) main steps to be done by SMEs in the forthcoming months to be GDPR-Ready by next year.

We would like to express our sincere thanks and appreciation to the presidency & management of BELGABIZ to organize such a great event!