Blog » HOW NOT TO CONCLUDE AN INTERNATIONAL SALES CONTRACT? – OUR CLIENT’S CASE IN FRONT OF THE CURIA

HOW NOT TO CONCLUDE AN INTERNATIONAL SALES CONTRACT? – OUR CLIENT’S CASE IN FRONT OF THE CURIA

Can the raw material supplier be liable for defects, if the specification is incomplete, but he knows what the end-product is? Who has to prove this under the Vienna Convention on the International sale of goods? These questions were decided by the Hungarian Supreme Court in the case of our Italian client, against a Hungarian company. 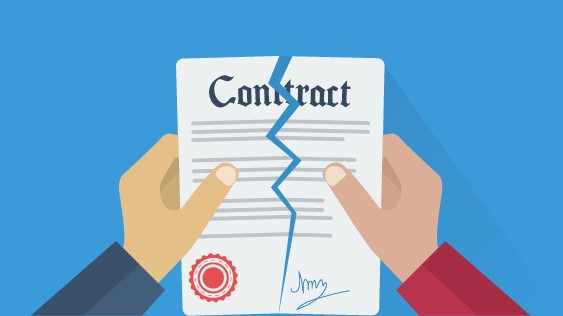 Our client, an Italian company supplies grape concentrate to his client, which is a dual use raw material: it can be used for manufacturing soft drink, but also for manufacturing wine.  A Hungarian soft drink producer company (“Producer”) ordered 100 barrels of grape concentrate from our Client, by sending the technical specifications of the product via e-mail. The order was silent on the end-product.

The Producer manufactured grape juice from the raw material and marketed the domestically well-known end-product it in the major shopping malls in Hungary. However, distributors and consumers complained, because the grape juice, instead being crystal-clear, was a little bit opaque.

The Producer made a laboratory test, where he was told that the raw material might have contained protein, and this is the reason, why the end-product is not crystal-clear.

Based on this, the Producer invoked defective performance based on the Vienna Convention on the international sale of goods (CISG), refused to pay the purchase price and threatened our client with further damage claims.

We started litigation against the Producer, because our Client supplied the grape concentrate in accordance with the specifications in the order, among which there was no reference to protein content.

The Producer held that even if the parties have not expressly stipulated the protein content in the contract, our Client should have known that the grape juice concentrate can not contain any protein.

The Producer was on the opinion, that given the earlier business relations of the parties, and the fact that the end-product is well-known on the domestic market, our Client knew that the Producer would manufacture from the raw material not wine, but soft drink, and its crystal-clear appearance is very important.

The court of first and second instance held that based on the CISG, in case a given parameter of the raw material (i.e. the protein content) is not determined by an international standard or by the contract of the parties, it is the Producer, who has to prove that the raw material supplier knew, or should have known the purpose of the use, that is to say, the end-product.

The Curia has upheld the above decision, by highlighting that based on the CISG, the question of defective performance has to be decided on the basis of the content of the contract, concluded by the parties. Our client could legally supply grape concentrate containing protein, because the parties have not limited the protein content.

In case of international supply contracts for materials that can be use for multiple purposes, it is very important that before concluding the contract you inform your partner not only about the technical parameters of the raw material, but about the intended use, too. You cannot expect that a foreign partner knows what kind of product you are going to manufacture from the material.

Even if you give incomplete technical parameters, the fact that the producer of the raw material knows the intended use, and the end-product, can be decisive in case of a legal dispute.