Doing business also means a lot of paper work. When signing company document in Hungary, it is important that the signature should not have any fault, because it may result in an invalid document, and can cause a loss of time and money. To avoid wasting time and money for administrative mistakes, read the must-knows we gathered in this article. 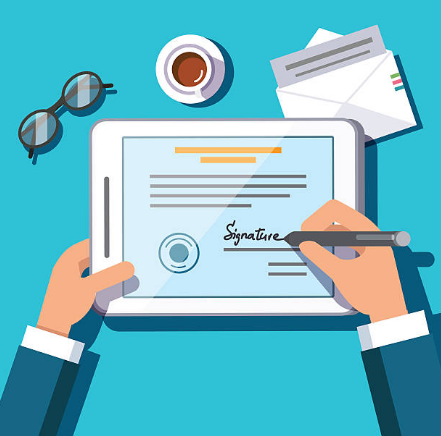 All companies have authorized representatives, entitled to sign, ie. having signing authority. It means that this person is allowed to undertake obligation in the name of the company.

But one thing is common: he must be registered in the company registry. So before starting to sign in the name of the company, check if you are registered or at least the registration procedure has been started.

When the representative is not available

There may be times when you are not available, and you want somebody to substitute you in company matters. When doing so, a power of attorney in a written form is essential, in which you, as the person having signing authority, give power and mandate to a colleague or to somebody else (eg. accountant, lawyer) to act as representative of the company.

It may seem easy that having a paper signed by the CEO can solve the problem, however, please keep in mind that the power of attorney shall be case-specific. It means that you have to indicate the case in which you mandate somebody to act on behalf of the company.

A general power of attorney, giving power of representation in non-specified matters is not be acceptable, because it runs counter to the principles of Hungarian company law.

The form of signature

Using a “company stamp” is not a must, but if the document does not bear the company name pre-printed on it, it may be useful so that you don’t have to spend time with writing the company name on every page.

If signing on behalf of a company, you don’t need witnesses, a mere signature with the company name has the same legal force like a private document signed by two witnesses.

Last, but not least, please remember to always sign with a blue pen. Pencil is not accepted, and black pen is hard to tell apart from a copy, so even if not being invalid, it can cause problems in front of authorities.

Using document signed outside of Hungary

If you sign a document abroad, and you want to use it before Hungarian authorities, you may have to request Apostille or authentication on it depending on the country where you are.

Documents without any authentication can be used in a very limited cases, so it is worth to request it so that you don’t need to worry in the future.